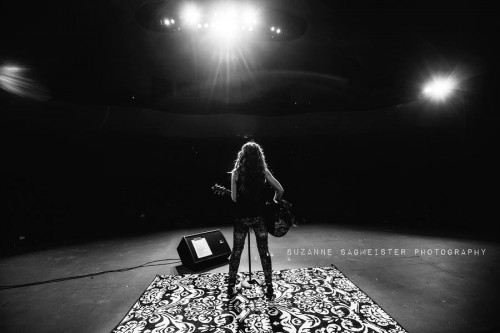 STUDENT SELECTED FOR PLAY IT FORWARD $10,000 PRIZE for charity

Toronto, ON – Canadian Country Music Association (CCMA) Slaight Music Humanitarian recipient (2012), Tenille, has just wrapped her cross-Canada Play It Forward tour where she spent a total of 32 weeks on the road, visiting 106 schools and performing for over 35,000 students. The tour incorporated the young Country singer’s music and motivational speaking for students in schools across Canada, promoting positive leadership efforts for youth. Announced at the Play It Forward wrap-up concert in Grande Prairie on December 14, grade eight student Lauren Seabrook from Yellowknife has been selected out of 309 recognized student leaders and awarded $10,000 to put towards a charity of her choice and an in-school community program.

“This experience over the past year has been completely life changing,” says Tenille. “It has surpassed all initial visions and goals and I’m so grateful for and proud of the way the ‘play it forward’ message has spread all across Canada. It’s been a blast getting to know such awesome student leaders and I truly believe our future is in great hands.” She continues, “We are so excited for Lauren! The work that she does in her own community and beyond is inspiring and we hope this serves as a boost to help further her dreams to reach out to people and make a difference.”

The Ecole William McDonald Middle School student has decided to allocate $5,000 of the donation between the North West Territories’ SPCA, Sleeping Children Around the World and the Ronald McDonald House of Northern Alberta. The remaining $5,000 will go towards bringing in inspirational Me To We speaker Spencer West to Ecole William McDonald Middle School. Seabrook is also looking to set up a Seabrook Play It Forward award, which would encompass Tenille’s inspirational teachings and be presented annually to a student who demonstrates great leadership.

Tenille has had a busy 2013, releasing her sophomore album, Light (Royalty Records), earlier this Spring. Additionally, she was honoured with a Queen Elizabeth II Diamond Jubilee Medal and took home the 2013 ACMA Fan’s Choice Award and Female Artist of the Year Award for the second year running. In 2011, following the release of her debut album Real, Tenille became the youngest artist ever nominated for the coveted Canadian Country Music Association Award for Female Artist of the Year. Last year, the Grande Prairie native was the youngest recipient of the CCMA Slaight Music Humanitarian Award and she was also awarded Grande Prairie and District Chamber of Commerce Business Excellence Award for Young Entrepreneur of the Year.

About Play It Forward

On the Play It Forward tour, Tenille spent 32 weeks on the road, starting in her home province of Alberta in October 2012 and visited 106 schools across the country, wrapping in December 2013. The young Country star’s tour recognized 309 student leaders for their leadership initiatives she and presented for over 35,000 Canadian youth. Of the acknowledged student leaders, one was selected to receive a $10,000 prize package, $5,000 of which will be donated to a charity of the student’s choice and the other $5,000 to be put towards a program within the prize winner’s school to keep the “play it forward” spirit alive.